A post from Joy Studio popped up in my Facebook newsfeed and I opened it up – normally I just scroll past but this post caught my eye. I was enthralled by the 50 over 50 Project, which is what the post was about. So, I completed the form and received a phone call from Jolly the next day. Less than a week later I went to my shoot. I normally never leave the house without curling my hair and doing my makeup, so it was difficult to go out in public and meet someone for the first time ‘undone’. I felt like a mess but that uncomfortable feeling disappeared as soon as I met Jolly. I didn’t feel pretty or confident, and had not for a long time.

By the time my shoot rolled around, I was a week into a weight-loss plan, so the timing was auspicious. Jolly made me feel very comfortable during the shoot – she also did a wonderful job of my hair and makeup. I was very impressed she did it all herself. I have to admit, I was sceptical that I would photograph well … I figured A LOT of photoshopping would be needed …. so was a bit uneasy about seeing the results. When I attended the viewing, I was shocked at how amazing the photos were. It also made me realise I had no idea what I really look like and the depth of my potential was greater than I ever could have envisioned. I had intended to only purchase three photos, but it was so hard to narrow them all down to that… I purchased six for now and will get more. They were all stunning and I loved them all.

A week later I went back with my dog and two bunnies for a pet photo shoot. Miraculously, Jolly produced some more wonderful photos of us. Pets are difficult to photograph but Jolly captured their images beautifully. Jolly is now my forever photographer – I won’t be going anywhere else. I am so blessed to be part of the 50 over 50 project and am looking forward to seeing all the photos of the other lovely ladies who have taken part. Jolly has changed my outlook on life and empowered me a great deal, and I am so thankful for that. It’s more than just a photo shoot … it’s a life-altering event. 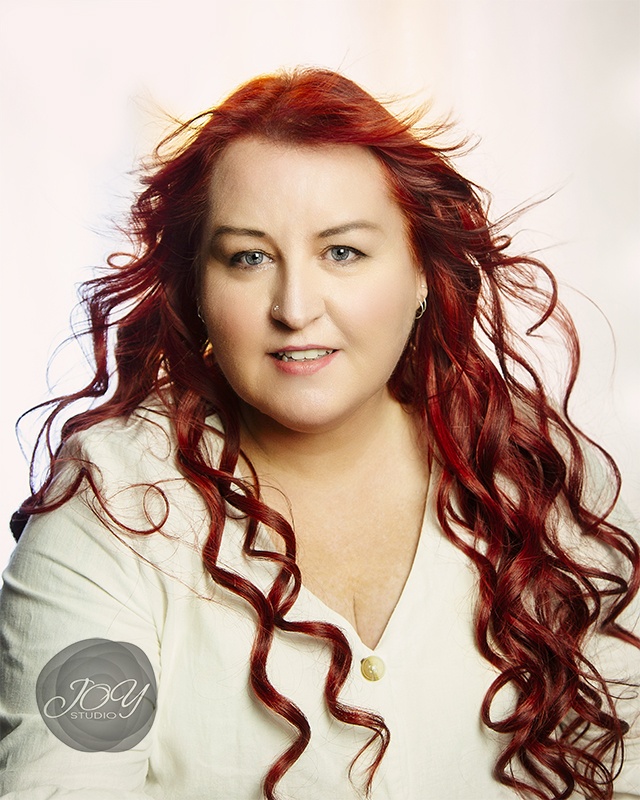 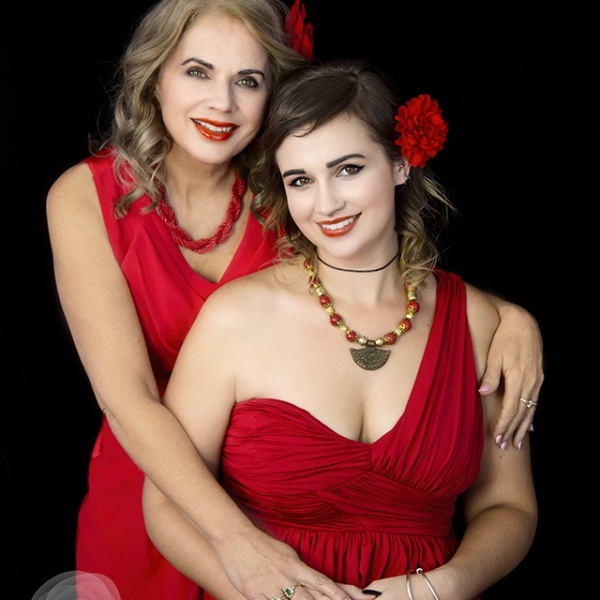 wow!!!!! cant stop saying this enough. I recently had a photo shoot with Jolly.she was so lovely and relaxed both me and my daughter with delicious food and drinks before the shoot, she was so kind to us and very professional with me poses and photos she has amazing ideas for the different looks we were wanting to capture. we had alot of fun doing our mother and daughter poses.

we viewed our photos a week later which was today and they were even better than I expected. as we went through the photos on screen, it seemed that every photo we saw, we just keep saying WOW!!! she is very talented and made us look like models and movie stars, and yet still captured our true essence.if you are wanting to have some photos taken professionally to capture your memories, we would definately reccomend Jolly.

thank you so much, we are looking forward to receiving our photos to show everyone.

One of the best things I’ve ever done!! Highly recommend this experience to everyone. She knows exactly how to capture the true essence of the person she is photographing and it is a total experience from start to finish. Thankyou Jolly. Xx 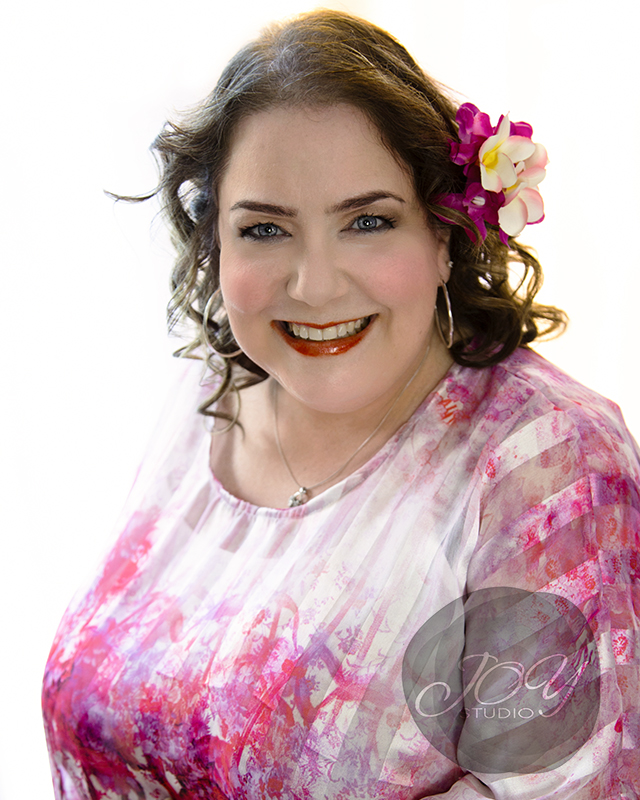 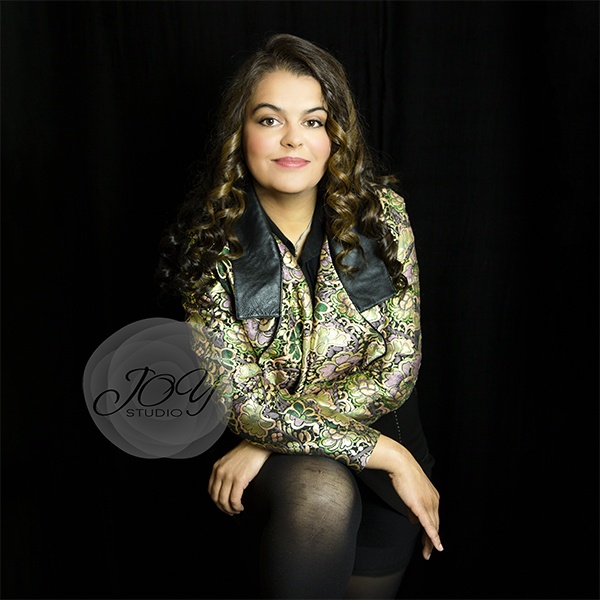 What a lovely experience! Jolly was so kind and helpful as I had never had professional photos taken before – getting made-up and photographed was right outside my comfort zone! I absolutely love the photos she took (I can’t really believe some of them are me!) and now have an amazing collection of memories for my family and myself, something that’s truly priceless. Thank you so much Jolly!

I loved my photo shoot with Jolly @Joy Studio.

It was a fun, relaxed day that started with delicious home made muffins and other snacks over a chat to get to know each other a bit better. Then a divine hand massage before Jolly did my hair and makeup.

The whole day was easy and enjoyable, Jolly helped me pose effectively and was encouraging and positive throughout the session.

I got to see how I was looking on camera regularly … and was impressed with what I saw each time. Choosing the photos to use was really hard because they were all so great but I am just delighted with the pictures I ended up getting and have had many positive comments on the ones I have posted on Facebook already. I can’t wait to use these pictures on my new website.

Thanks for everything Jolly, I loved working with you. You’re a very skilled and talented photographer and I am very happy to recommend you 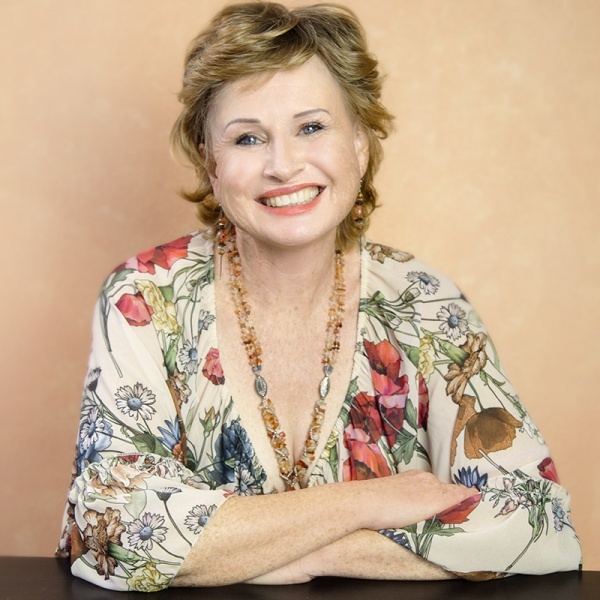 Thank you so much; I am thrilled with the photos, Jolly. I am often quite shy and awkward in front of a camera but you made me feel very much at ease and the shoot (makeup and hand massage, and trying on different clothes) was fun. Sorry my hair didn’t behave! Thank you for all your care and attention and for making me feel pampered and special. 5 stars from me.

The combination of Jolly’s expertise, creativity and kindness made this a suprememly positive experience. I’m not generally comfortable with getting in front of the camera, yet with Jolly I was able to relax and go with the flow of her inspiration. Having Jolly do my makeup for the photo shoot was a great decision too as she understands the medium she works in so well. Trusting Jolly made it possible to achieve something I would not have thought possible – photos I like. Jolly took such an interesting range of images that speak to different aspects of both myself and my business, and I felt that she understood me and my intent.
I would highly recommend entrusting Jolly and Joy Studio with your image, whether for personal or business branding. 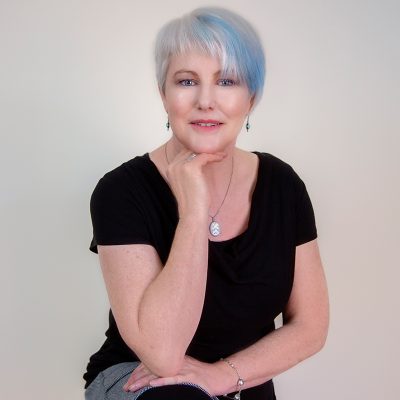 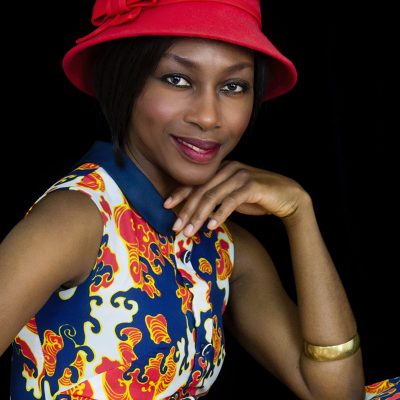 I never really felt I was photogenic so I would make sure most of my photos were not portraits but taken from a distance. I was initially apprehensive about the portrait photo shoot with Jolly but when I get to her studio, she made me feel at ease right away. I got my makeup done beautifully, a hand massage to help me relax and some delicious canapes. Jolly got me feeling comfortable in front of the camera and made the entire session lots of fun.
I couldn’t believe how much I love the photos when I saw them! For the first time, I have portrait photos of myself that I feel proud to show off. They make me feel beautiful. I no longer have the feeling of not looking good enough. Thank you so much Jolly for this amazing experience and photos that I’ll have for a lifetime!

I had a photo shoot with Jolly & what a joyous experience it was! I now have lots of amazing photos to choose from & I look awesome, always a bonus. I highly recommend the gorgeous Jolly if you want a photo shoot, she has such a calming & peaceful energy your put at ease instantly. Thank you so much Jolly 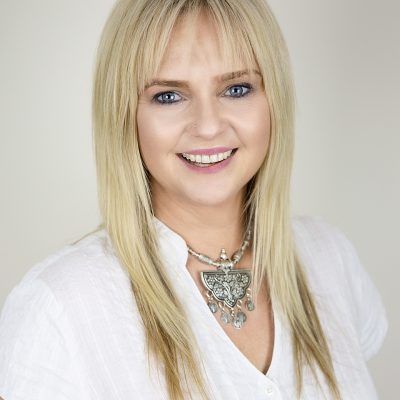 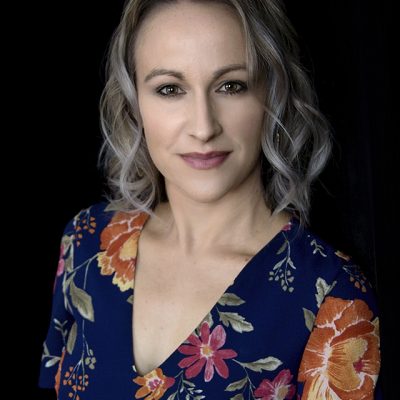 I had a photo session with Jolly and absolutely loved it. She did an amazing job on my hair & makeup (no one has ever been able to do curls in my hair that looked that good!!). She made me feel comfortable and confident and beautiful throughout the shoot. I am so happy with the end results and am incredibly grateful to have beautiful photos to use for my business and to have for myself and my children at home. Thank you Jolly for making it a wonderful experience from start to finish! I would highly recommend a session, especially for the mums out there who need and deserve to be pampered and feel beautiful again.

Jolly Jacob from Joy Studio is a true artist, with an eye for both capturing and illuminating all her subjects’ natural beauty and confidence, each in their unique style.

I’m flattered and grateful for the opportunity to work with her, and I look forward to doing so again!

I’ve been continually impressed by the incredible talent coming out of @Joy Studio, and get compliments on her work for me everywhere. 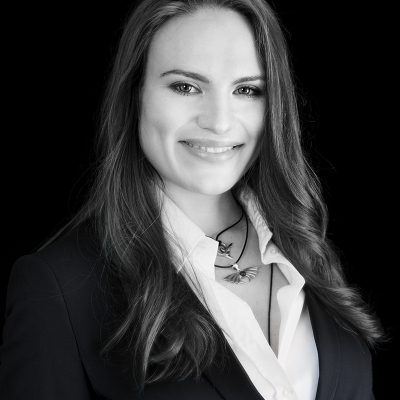 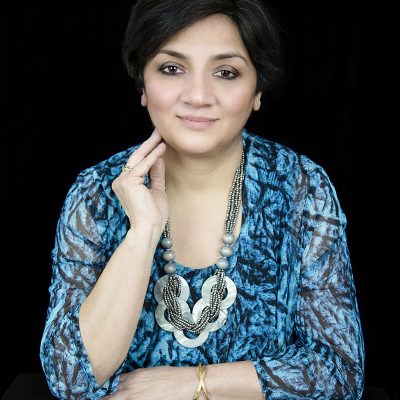 Loved my photo session at Joy Studio. As someone who is very self conscious in front of the camera, I was stunned at the beautiful shots that Jolly managed to get of me. She managed to mould my stiff limbs and unnatural smile into photos that I am very proud of. Thnx Jolly, you are an absolute magician, thorough professional and all round beautiful human being!!!

Thanks so much, Jolly for the great portraits you created for me. I can now implement a consistent branding image across social media platforms and my website. Also it was a heap for fun sitting for you. 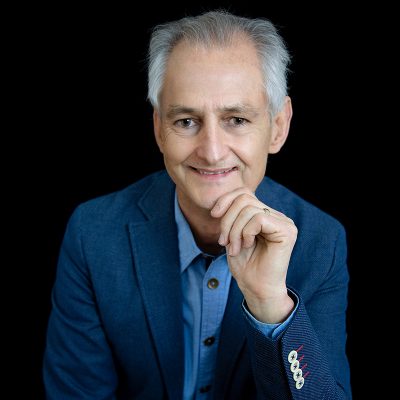 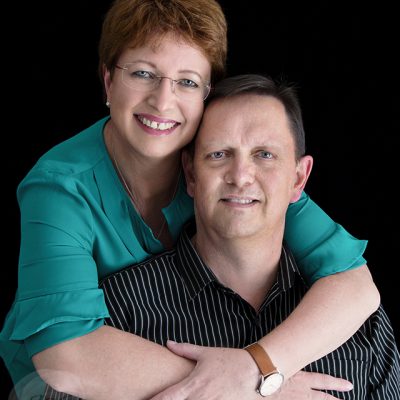 All the photos are so good! You should show us some bad photos as well, that will make it easier for us to choose.

I have never had such an easy photo shoot. Jolly did my hair and makeup. My husband said that it even looked better than our wedding. (And he’s not wrong). I don’t know if it was the combination of getting my hair and make done by Jolly that had me relaxed to get such good photos or if it was just Jolly’s easy way of photographing, but in either case it all worked. More than the photos though it was just a fun experience. I recommend it to every woman and take your best friend. Nothing more fun than having a laugh and sharing the experience. 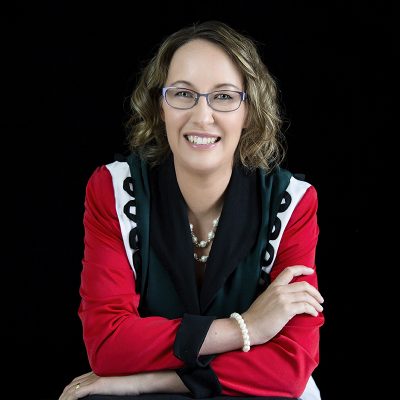 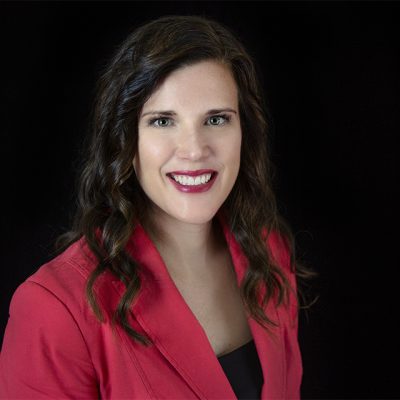 Jolly is passionate about ensuring women have a photo that truly reflects who they are, one that they are proud to show others. 😁
She believes in providing a experience not just a photo, so if you want to get pampered as well as have a beautiful memory 🌹 of you created, make sure you contact Jolly! ⭐
I have her to thank for my fantastic corporate shots.

Jolly did an amazing job with my maternity shoot. She made me look gorgeous and enjoy the whole experience. I highly recommend her services. Worth every penny.

I was looking at the prints which you shot of me and Hemant and was like “Jolly is an artist not a standard photographer.” 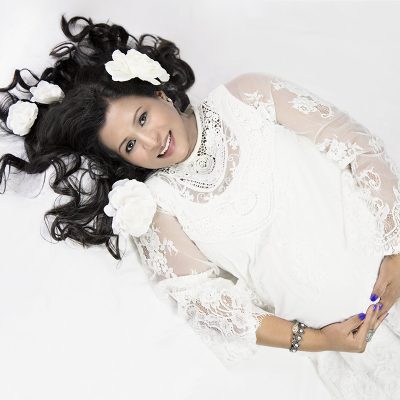 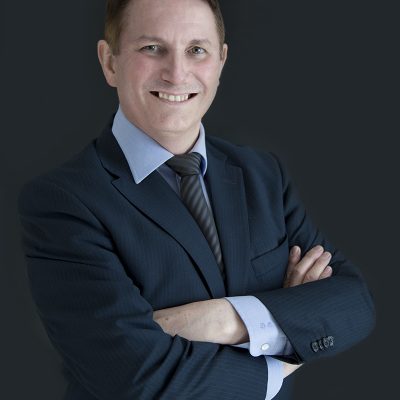 Jolly took such great pictures for my branding images that I actually love looking at them. I have always been on the other side of a camera because I thought  I don’t look good in photos. Jolly destroyed that myth completely! If you are thinking of getting any portrait photos done, run, don’t walk to Jolly’s studio. Jolly took the best photos anyone has taken of me. She’s the best! Thank you Jolly!

Jolly came and did a photo shoot with a lovely shy lady with a disability who I support and really made her feel special.
The confidence she brought out in her was wonderful and she was talking about it for hours afterwards!
Thank you Jolly, for the wonderful time you gave Lisa. We all really appreciate you giving your time freely to do this for such a deserving lady! 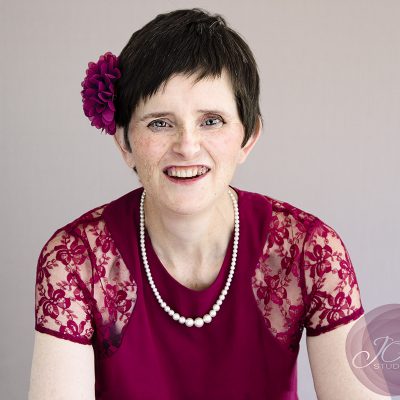 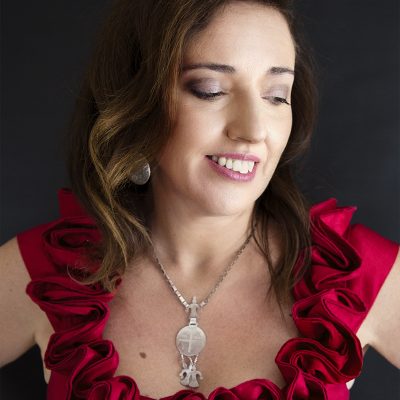 Jolly is a talented photographer and a nurturing, caring person. I immediately felt comfortable in her studio. Thank you for a wonderful experience.

My daughter and I spent a fun afternoon with Jolly and love the photos she took of us!

I can highly recommend this! I had a great afternoon with Jolly! 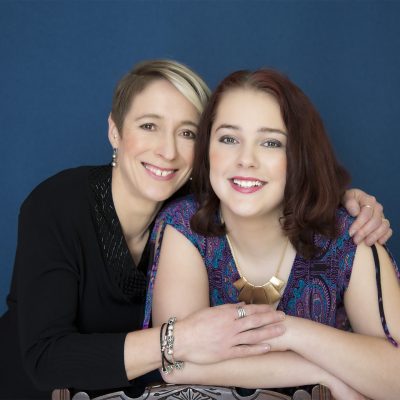